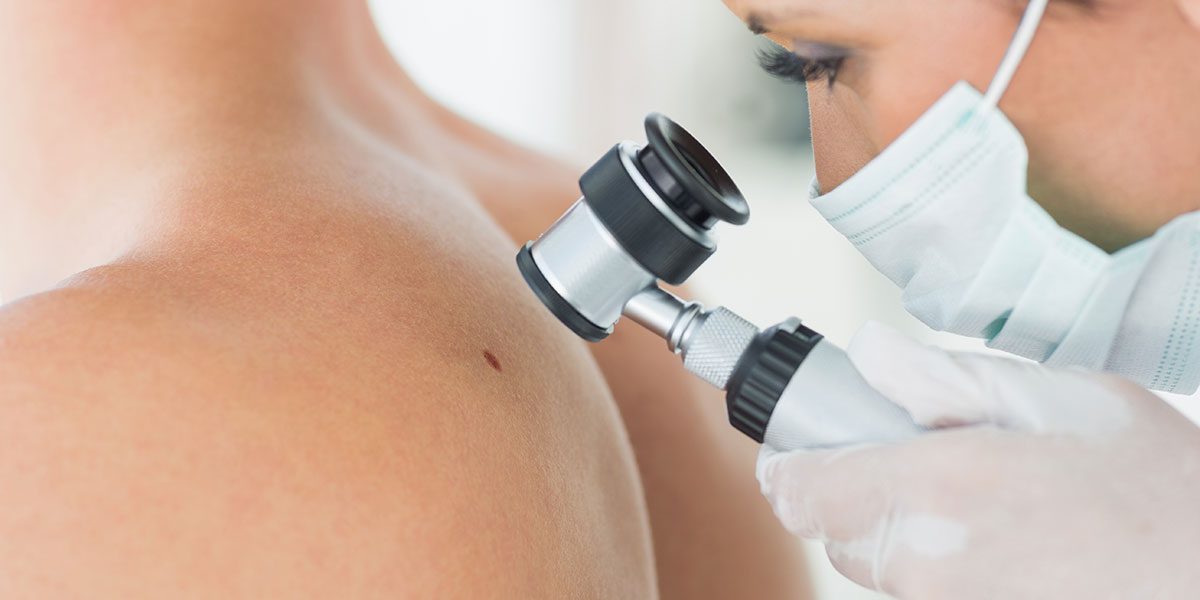 Basal cell carcinoma does not spread to distant parts of the body.

A biopsy and microscopic examination is necessary to determine whether a growth is cancerous or basal cell cancer.

Basal cell cancer are most common on the face. They are practically never found in areas protected from the sun by clothing. Fair skinned people are more prone to skin cancer than darker persons, since skin pigmentation protects the skin. But, cumulative exposure to the sun will increase the risk to even a darker person of developing a basal cell skin cancer. The use of tanning beds has increased the risk of basal cell skin cancer in younger individuals.

Basal cell cancers are best treated early, when they are small, since it is simpler to remove a small growth than a large one.  Surgical removal of basal cell cancer is almost 100% curative.  Very rarely, a cancer will grow back.  The surgery site should be re checked in the first three months and then periodically for the next five years.  Creams such as IMIQUIMOD have also been shown to be effective in the treatment of basal cell skin cancer.

The skin damaging effects of sunlight is permanent and builds up slowly over time. Ordinary sun exposure and sun bathing produce gradual skin damage even if sunburn is avoided. As many as 10, 20 or even 30 years can pass between the time of sun exposure and the time the skin shows signs of sun damage. You can prevent any further skin injury TODAY by using sun protective measures: sunscreen daily, hats, sun protective clothing and shade! Be reasonable about sun protection.

With the passage of time, skin cancer patients in Portland are likely to develop additional skin cancers. If you notice a new growth or a sore that doesn’t heal or keeps coming, be sure to have it examined.

You can learn more about basal cell carcinoma at American Academy of Dermatology.